The big word these days seems to be ‘sedition’. In India, the right wing political organisations and a part of the national media are asking for ‘sedition’ charges to be clamped on Syed Ali Shah Geelani and Arundhati Roy in the context of an apparently anti-national speech at a meeting on justice for Kashmir, while a Fox News editorial argues for WikiLeaks to be declared an ‘enemy combatant’ so as to allow for ‘non-judicial action’ against it. ‘Sedition’ is not only about words, or suggestions for political mobilisation, or whistle-blowing. It is also about seditious dressing, seditious culture, seditious movements, and of course seditious cities. 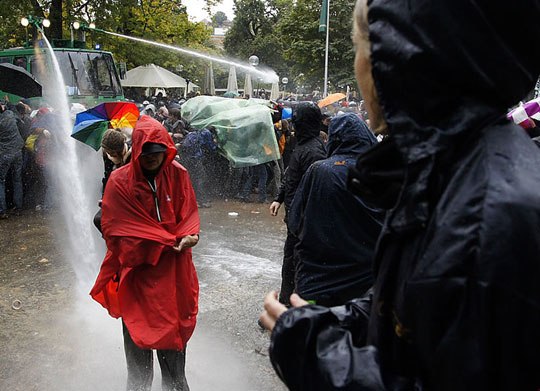 What are ‘seditious cities’? These are cities which disrupt the ‘order’. Including both the built places and the adapted/claimed places. But what if the ‘order’ does not provide a city spacious enough for us to live? Can not we make our own spaces in the city? It is precisely this kind of space-making (slums, re claiming vacant plots and buildings etc.) that gets branded as seditious because it disrupts the ‘order’ of the city. Eyal Weizman, a scholar of city building as/and oppressive strategies, turned the debate upside down with a call for an International Humanitarian Law governing and punishing architects and planners for producing built environments that oppress human lives. While Weizman focuses on extreme urban situations in Iraq and Palestine, the critique is equally valid for everyday urban conflict zones — from Stuttgart to Srinagar. He recently spoke in the Frieze Art Fair held in London, podcast of which can be downloaded from here. 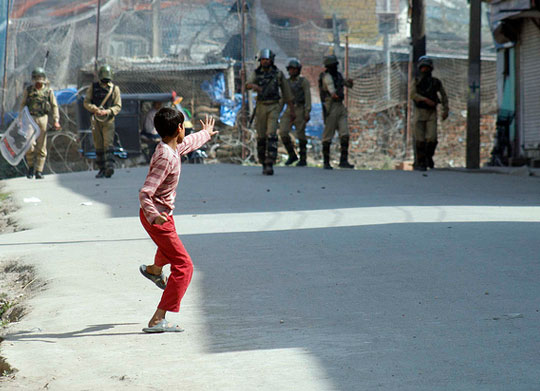 The present discussion on ‘sedition’ in India, has thrown up an unlikely name — Mahatma Gandhi. On 18th March 1922 he appeared at the District Court in Ahmedabad for “bringing or attempting to excite disaffection towards His Majesty’s Government established by law in British India”. And this is what he had to say in his (and that of Shankarlal Banker, publisher of a magazine where Gandhi’s articles were published) defence:

“I wanted to avoid violence. Non-violence is the first article of my faith (…) But I had to make my choice. I had either to submit to a system which I considered had done an irreparable harm to my country, or incur the risk of the mad fury of my people (if I had not written those articles…). I am here, therefore, to invite and cheerfully submit to the highest penalty that can be inflicted upon me for what (that is ‘sedition’) in law is a deliberate crime, and what appears to me to be the highest duty of a citizen.

Except where otherwise noted, content on this wiki is shared under the CC Attribution - Share Alike 4.0 International license.
Database icon created by Shmidt Sergey from the Noun Project.